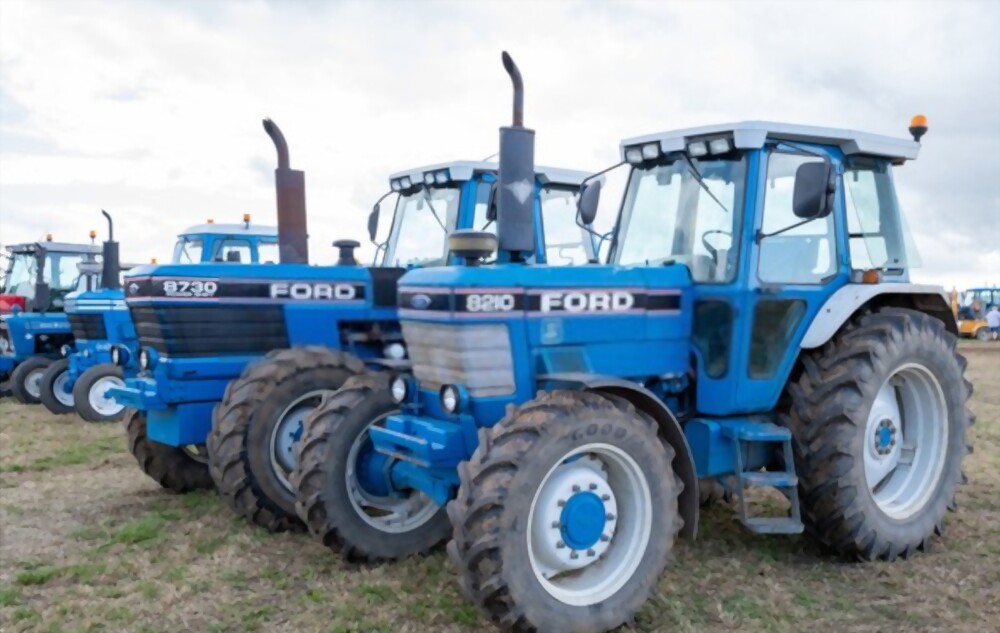 Does Ford Still Make Tractors? This is among the many questions most people who love Ford products ask. We answered everything concerning this topic in this article.

The Ford Tractor Company was established in 1915 by W. Baer Ewing, an insurance business worker who hired Paul W. Ford, a local hardware clerk. His last name became the brand name of the tractor to facilitate horseless farming.

It was headquartered in Minneapolis and was only active from 1916 to 1917. The first set was released in October 1939 as it was the 9N tractor, the first American-made tractor to incorporate the Harry Ferguson three-point hitch system.

The 2N was introduced in 1942 as an improvement to 9N. in July 1947. The 8N was released with improved transmission and power, which became the most popular tractor in North America, with over 530,000 units produced. The Fordson Model F has sold over 650,000 units worldwide.

Ford tractor was one of the most successful and powerful tractor companies during the 20th century. Ford has produced some of the most powerful sets of tractors, like the Ford N8, made in 1947, becoming one of North America’s most beloved tractors.

Unfortunately, the Ford Company doesn’t make tractors anymore, but you can still purchase the Ford tractor in the market (the ones produced before production was discontinued).

In addition to producing tractors, Ford also makes pickup tractors, and you are sure they are of good quality.

Why did Ford stop making tractors?

In 1991, Ford sold its tractor manufacturing business to Fiat to focus on increasing automotive and financial operations demand. The discontinuation of the Ford tractor makes him go back and build up his automotive business, making it one of the most successful automotive companies.

Fiat continued using the name “New Holland” until the year 2000. It was until 1999 that the company dropped the name Ford to comply with the terms of the sale.

When did Ford start making tractors?

Their first Fordson tractor came out at the height of World War I and did what the Model T did for cars. It was made available for people all over, showing that horses would be out of the game.

Are Ford and New Holland tractors the same?

Ford bought the New Holland in 1985, six years before selling off the company to focus on its automotive business, even though the For brand name was sued for an additional  ten years, even though they have stopped production,

After the purchase of the New Holland company, the Ford-New Holland line was created. The Ford-New Holland was a remarkable tractor with unique features and strong reliability. In 2009, New Holland Agricultural produced the world’s first hydrogen-powered tractor, NH2, generating energy from renewable sources.

What is the Nebraska Tractor Law?

The law was passed in 1919 in Nebraska, mandating that all tractors in the state should be well-verified on a standardized basis before being sold to the farmers.

Are Ford tractors still on sale?

Even though ford has discontinued production, you can buy some of its vintage tractors on the market. For example, the Ford 8N tractors remain the best reliable vintage tractor in the world. How Long Can You Finance a Tractor? Financing a tractor takes between 1 to 5 years in most cases. However, some financing programs allow a maximum repayment period of 7 years. Tractor finance is better than buying a tractor on installment or leasing a tractor. However, lease payments are similar to financing. Still, the difference here is… How Much Does a Bobcat Tractor Weigh? Bobcat tractor provides various functions, such as agriculture, landscaping, and home acreage. This tractor’s performance on the field is top-notch and excellent. In addition, their compact tractors are easy to use and powerful to work on ranches, farms, and homes. For lovers of bobcat tractors, I bring you… KIOTI Financing Credit Score Requirements in 2023. KIOTI offers financing as low as 0% to enable you to purchase your dream tractor and agric machine. The first step towards this is to locate an authorized KIOTI dealer in the US or Canada to get flexible, competitive financing to purchase your best tractor. However, this KIOTI… Can Tractors Be Stored Outside? I remember winter last year when I hadn’t built my tractor garage,  I always kept my tractor outside, and after a while, I noticed that the color of my tractor had begun to fade away. Not only that, but a lot also happened. Here I will be showing you how… John Deere 5020 vs. 6030 John Deere 5020 and 6030 are some of the best and strongest brands of tractors. Although reliable tractors differ in significant ways, and that is what I will be showing you today. Quick Overview of John Deere John Deere is the brand name of Deere & Company. This American corporation specializes in…